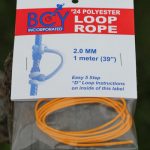 If you shoot a compound bow, chances are you are using a release and a D Loop. What is a D Loop? A D Loop is a rope that is tied to the bowstring that offers a means of attachment for a release aid that doesn’t impede the flight of the arrow.

Using a D Loop eliminates these problems and is the most efficient and accurate way to draw and shoot a compound bow.

What kind of material should I use for a D Loop?

The best material to use for a D Loop is a stiff braided polyester rope. The brand that we are reviewing and trust at the range and in the field is BCY D Loop Rope. BCY D Loop rope is durable, grips the bowstring’s serving extremely well, and beads up better than most while melting a ball on the end of the rope. BCY D Loop ropes are offered in a wide variety of colors to compliment the setup that you are shooting. 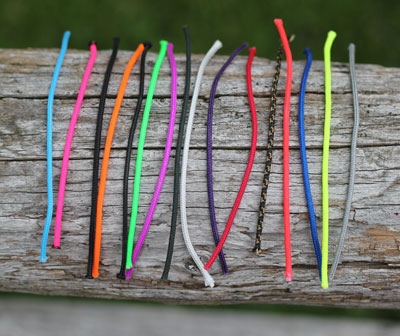 How to prepare and install your BCY D Loop rope

Cut the D Loop rope and melt the ends 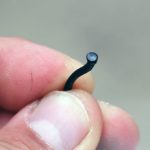 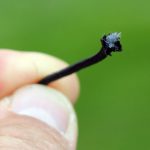 After a little trial and error, we have found out that you can pre-cut and melt the ends before tying your D Loop. We cut our BCY D Loop rope at around 4.5 inches then melt it down to our desired length. After cutting the cord, fray out the poly fibers. Next, take a lighter and melt down the ends. You can let it catch on fire and then blow it out, or you can keep your distance so it melts cleanly; either way, we suggest that you flatten the bulb so the diameter is larger than the rope. We flatten the melted bulb against the metal housing of our lighter.


Tying a D Loop knot or a Lark’s head hitch

When the BCY D Loop rope is cut and the ends are finished, we can tie our D Loop knot. Even though there are many tutorials available on the web, including our website’s page, How to Tie a D Loop, BCY still includes a handy illustrated set of instructions on how to tie this “lark’s head hitch” right in their packaging. 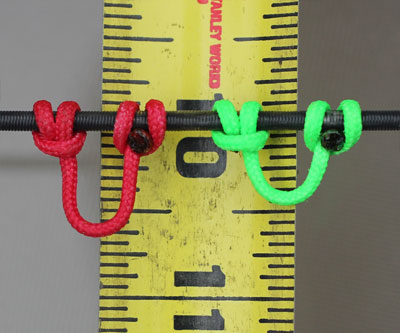 After the knot is tied and you’re sure the D Loop is where it should be on the bowstring, use D Loop pliers, an allen wrench, or your release aid to pull the D Loop knot or lark’s head hitch tight. You should now be ready to shoot with your new D Loop.

The photo above shows the finished product of a D Loops that were 4 and 4.25 inches (including the melted ends) before tying. The green D Loop is a nice tight one, while the red is longer for those who might want to add a little to their draw length. While there are many choices for D Loop rope on the market, we stick with a proven product, BCY D Loop rope. They offer a tremendous variety of colors and they hold up after extreme use in a variety of conditions. BCY D Loop rope is offered in different lengths including 39 inches, 50 ft, 100 ft, and 500 ft spools. We give BCY D Loop rope a rating of 9.5 out of 10 stars.