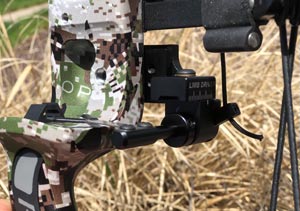 In today’s archery market, there are almost limitless options when it comes to selecting an arrow rest. You can choose anything from a stationary rest to a drop-away rest but the variety of those two styles greatly differs. Stationary rests can range from a whisker biscuit style rest to a fixed blade type rest while drop-away rest are offered in cable driven or limb driven styles. Which arrow rest is the best one to choose? In this review, we are going to take a close look at one of the best arrow rests on the market, the Limb Driver Pro by Vaportrail Archery.

How the Limb Driver Pro Works 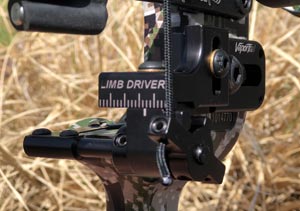 How to Install the Limb Driver Pro

For a more in depth look at how to install the Limb Driver Pro, watch the video below.

Performance of the Limb Driver Pro 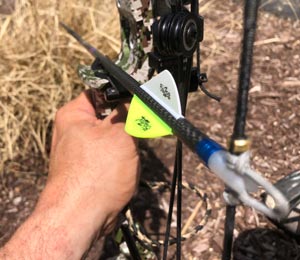 The Limb Driver Pro performs great due to the amount of time it supports the arrow during the power stroke of the shot. Thanks to a good look at arrow rest performance at 1,000 frames per second, we have identified a problem that occurs when a cable driven fall away rest is installed on certain bows.

That problem is that they drop away too fast and the arrow noses down before maximum forward motion is achieved. This can create a bit of a tuning nightmare for some. Typically extra special attention has to be taken with the location of the D Loop in order to time the push through the fall of the arrow tip.

In the video below, you’ll notice how fast the drop away drops and you will notice that the arrow does indeed start to “nose” down a bit.

With the Limb Driver Pro, you will notice that it supports the arrow much longer than it’s cable driven counterparts. This extra support enables the bow to push the arrow centers (tip and nock) much longer resulting in straighter arrow flight. This straighter arrow flight is confirmed by how much easier it is to tune the bow after the switch to the Limb Driver Pro has been installed.

With the Prime Logic that we used in the video, we struggled a little when trying to achieve the perfect bullet hole with our bare shaft arrows. We did get it close, but the consistency just wasn’t there. After we installed the Limb Driver Pro, the quality of our rips were practically perfect. The four shots through the paper below were our first four shots with the Limb Driver Pro…. no adjustments were made.

The Limb Driver Pro is a great rest that supports the arrow when you need it. We were surprised at how much easier bows tuned after installing this limb driven rest. The installation is much easier compared to a cable driven rest and at full draw, you aren’t putting any unnecessary tension on the touchy cable system.

If you are in the market for a new rest this year, definitely give the Limb Driver Pro or the Limb Driver Pro V a try. The easy installation and increased accuracy are well worth it! For more information on this rest and other VaporTrail products, visit them at http://www.vaportrailarchery.com/.